Massachusetts Fish & Wildlife Video - The Value of Hunters and Anglers

A lot of folks out there still have mixed feelings about hunting, and even fishing, due to the nature of the sports. If you are like me, your reasons for hunting and fishing are numerous and diverse, and it is important for people to know why we hunt and fish, as well as the benefits of hunting and fishing. This recent video from Mass. Fish and Wildlife did a great job of conveying just how much outdoorsmen and women do for conservation and preservation in MA. Hopefully, we can continue to see progressive strategies and management from MA Wildlife in the future!

I don't get political on this site, and I don't really want to frame this blog in the context of politics, but it is going to happen. The following article has been popping up all over this morning: http://www.hatchmag.com/articles/within-moments-taking-office-trump-pledges-roll-back/7714310. In it, the Trump administration states "For too long, we’ve been held back by burdensome regulations on our energy industry. President Trump is committed to eliminating harmful and unnecessary policies such as the Climate Action Plan and the Waters of the U.S. rule. Lifting these restrictions will greatly help American workers, increasing wages by more than $30 billion over the next 7 years."

As someone who spent years in energy research, the rate at which this country could go backward compared to other countries around the world is alarming. Seriously, to save a few bucks, and mind you, not for me or most of the readers of this blog, but for huge corporations, we should not be willing to throw our environment down the drain. Granted, we don't yet know exactly what will be proposed, but the hints that have been dropped are really discouraging. Regardless of your stance on energy, the second part of the statement should bother you as an outdoorsman or outdoorswoman.

The Clean Water Act (CWA) likely isn't going anywhere, nor will it change, but the Clean Water Rule could. The linked article explains a bit about the rule, but basically, it protects small waterways such as brooks, streams, creeks, small rivers, ponds, and wetlands across the country. Without it, those small flows would not be protected under the CWA. Most industry on such flows has been dead for decades, yet lifting this rule will "help increase wages and employment." Personally, I would like to see those calculations (or are they "alternative facts"?). I have no doubt that restructuring the energy system in our country will be done in a way to increase jobs and profits ("wages"), but I can only think of one way that eliminating the Clean Water Rule would make any type of substantial impact. If eliminated, companies would be able to freely pollute these waters without being fined or held accountable for their actions, at least not to the current level of accountability. For a glimpse into how wrong that can go, look up the the coal ash and sewage issues in NC and how little has been done about them. The adage "We all live downstream" has been a rally cry of environmental protection for years. Maybe it is time to start thinking a bit harder about who lives, works, and plays upstream too.

I advocate for anyone reading this blog to take a second and write, call, or email your local legislators regarding this issue. Notably, those of you who voted for Trump--you wanted this country to be run more like a business, and the self-centered businessman who now calls the shots is doing just that. We need to all come together for this administration to be a success. That means praising the good, calling out the bad, and understanding that there probably will be some missteps due to the steep learning curve of going from business to global politics. In this case, stand up for our woods and waters, as well as all of the sportsmen and sportswomen who call them home.
Posted by Drew Haerer at 9:16 AM 7 comments

A Look Back at Another Hunting Season

Well, the 2016 hunting season is in the books. Some of it seems like a broken record. For example, I didn't spend nearly enough time scouting or bow hunting. Yet again, I regret it, although I feel like I have  a pretty good excuse (who was only 3.5 months old when archery season started). However, like every year, it was a year of many firsts: my first MA buck, my first miss in quite some time, and my first time exploring numerous new areas. In the end, I keep coming back to the idea that so much of hunting is simply about time and space. OK, that seems pretty obvious, but let me explain. 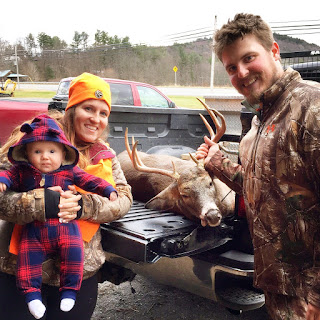 My first MA buck was worth the wait


Temporally, hunting is a sport of seconds, minutes, and hours. We constantly make split-second decisions. We react to sounds and movements, identify bucks and does, evaluate the shots we take, and the list goes on. Sometimes, it comes down to minutes. For instance, I was slowly working my way upwind into an area to do a push with Mary May toward the end of the shotgun season. As I came around some brush, I spotted a nice buck about 50 yards in front of me. Unfortunately, it was too late. He saw me, spooked, and headed for the hills. Despite my best efforts, I could not turn him toward MM. I kept thinking about the unlucky timing of the encounter. A minute earlier, and the brush may have actually shielded me, at least partially, from his view as he walked in for a potential shot. A minute or two later, and he likely would have continued toward MM and been seen during the push. But that timing and those seemingly trivial minutes are all part of hunting, much like refusing to hit the snooze button for an extra few minutes on those cold winter mornings. Then comes the importance of hours--hours of scouting, shooting, prepping...and hunting. Sometimes, the stars align, and a big buck magically walks in and makes things easy, but typically, those hours need to add up before things come together. Or, it could be that you showed up to one of your favorite areas an hour or so after a snowshoer--who totally sabotaged your final hunt of the season--not that I'm bitter or anything. 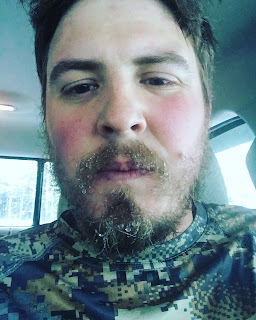 
Spatially, it is all about inches and feet. Shooting is a game of inches, and a mere inch can separate a clean shot from hours of tracking. Of course, antlers are also measured in inches, and although I consider myself a meat hunter, there is always something a little more special about harvesting a big buck. Additionally, if you are like me, both good and bad luck have come down to a few feet in one direction or another. If I had stood just 10 feet away from the ancient birch tree I was leaning against, I might have been able to see the head of a large-bodied deer that walked through a nearby thicket mid-season. Within that roughly 10-foot radius were a dozen trees, equally good for leaning, albeit not as big. It was yet another "what if" moment. These instances add up over the course of a season, and when things don't go well, they can certainly affect you mentally, but the only real solution is more time in the woods. That means more time in quiet reflection, thinking about family, work, life, etc. and hoping to catch a brown shadow, or maybe a ghost, in your peripheral vision. 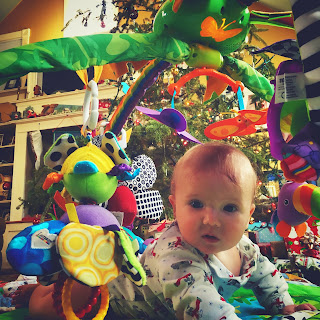 By the end of the season, just about every facet of time and space had specifically affected my hunts, often negatively, but on a few occasions, those factors aligned in my favor. One such occasion resulted in a beautiful 110 inch, 140 lb (hanging weight) buck, and in the end, that is the only thing I will likely remember 20 years from now. Well, I may remember that miss...that #$%!#* miss. Beyond that, I'll remember this as my first year hunting as a father, and I'll always fondly reflect upon the hours I get to spend with my wife and extended family in the woods as we visit old haunts and explore new ones.

Anyone who knows me well knows that I can't recap a good day in the woods, let alone a good season, without mentioning my grandfather. Below is a picture of him that I recently saw and wanted to share, as it immediately brought a big smile to my face...and I might have had to choke back a tear. 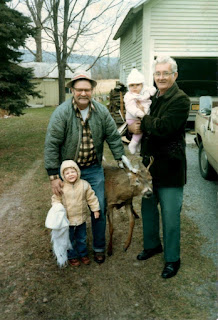 My grandfather, great Uncle Zig, sister, and I with a central PA buck


I hope those of you reading this had a successful year in the woods--whether you harvested a deer or are eating tag soup. Regardless of how it turned out, there is always something to be learned from time in the woods. Sometimes, we learn about the deer, and sometimes, we learn about ourselves. At the end of the season, it always takes some time to get back to reality. It is hard to stop day dreaming about the big deer that roam these New England woods. I may miss the hunt, but I absolutely cherish the time with my young family. 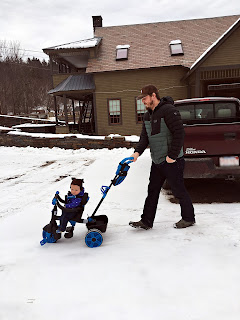 The end of the season means more time with the family--including cruising through the snow in the new ride!


Until next time, tight lines!