The Reason for my Blogging Drought...and Lots of Photos

It is has been way too long since I last blogged. It hasn't been because I haven't wanted to, but because I simply haven't been fishing. Early last month, I developed a pain in my shoulder and neck area. I am not sure how it happened exactly, but I managed to strain the rhomboid muscle in my right shoulder. The rhomboid connects the shoulder blade to the spine. So not only was I experiencing shoulder pain, but it was affecting the nerves around my spine - at times leading to jolting shocks of agony. The recovery period is 4-8 weeks, of which I am about 5 weeks in, although I probably haven't always taken it as easily as my doctor (or in this case, nurse practitioner wife) would recommend. Thankfully, it is feeling pretty good now, with only a dull soreness at times, so I am optimistic that it will be fully healed by the end of August. That being said, the fishing bug has hit me full bore!

Another beautiful, yet intrepid, day here in New England


I've managed to offset my fishing fanatics with gardening, canning, house building, cooking, and a bit of fly fishing - on top of the typical work load. Just before the injury, Mary May and Johanna (my mother-in-law) got me a Big Green Egg. MM and I had been eyeing one up for some time, but always seemed to put it off for one reason or another. But after using it for a month, I am regretting not spluring on one sooner. The flavor it produces is unreal, especially combined with some soaked cherry or oak from the back 40. It is also pretty easy to control the temperature once you get the hang of it, and it maintains both high and low temps very well. Our first cook was a 4.5 hour, low temp, smoked brisket. The picture says it all! 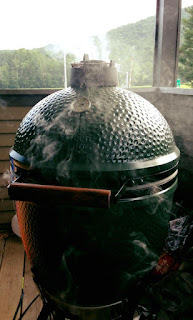 The Big Green Alien Spacecraft Egg has landed...and it is smoking! 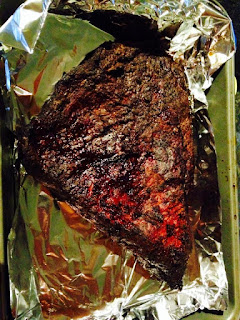 A brisket worthy of the Texas Hill Country


We've also done a whole chicken, chicken sausage, pork sausage, pork chops, pork loin, cheese, venison loin, and probably others that I am forgetting. I honestly can't get enough! Here are a few more pics from the BGE. 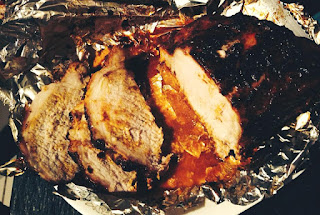 A brined/injected pork loin that came out perfect

In addition to stuffing our faces, we've been doing a ton of food preservation from the garden. We even had our first batch of salsa early this year...and it was darn good! 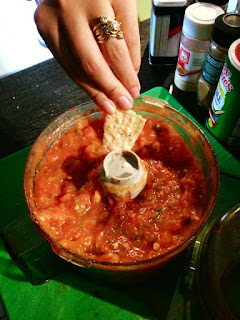 Our first batch of salsa for 2015 - entirely from the garden


We've done some traveling too - including a weekend in Vermont, which was highlighted by a Lake Champlain boat ride and swim, as well as an Avett Brothers concert, and 5 days at the Rhode Island coast, where we ate heaps of seafood and soaked up the sun. On that note, I'll just leave you with some fun/yummy/interesting photos from the past month or so. 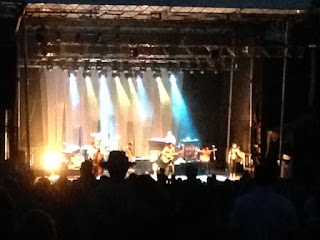 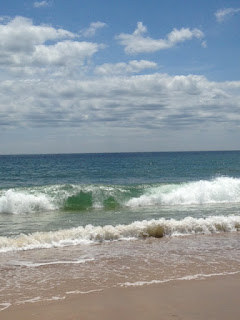 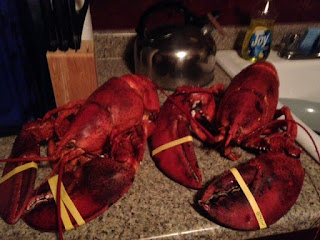 And when at the coast, you feast on seafood 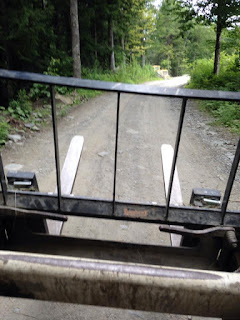 We have been so busy that we haven't been involved in as much haying as last year, but there is nothing like that first run in the skid-steer 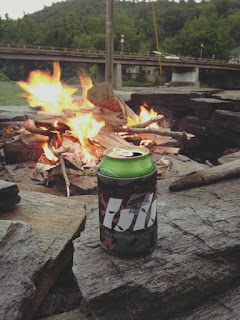 Many a summer eve has been spent sitting around the campfire with friends, while watching the river flow by 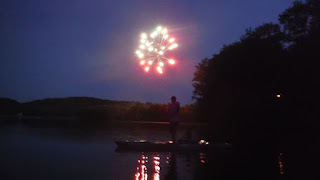 And what is summer without a few fireworks!

The good news is that if you are jonesing for some fishing on MPF, I should be back at full speed by September. However, between now and then, I should have a couple fishing related blogs that share some of my experiences and knowledge with y'all. Until next time, tight lines!
Posted by Drew Haerer at 6:37 PM