Maps, they never lie.  Those were words I found myself typing last week in response to a Facebook status from uber talented Georgia kayak fisherman Rok Ly.  Rok was on information overload - lots of dock talk, yet no solid info.  So, as he stated, it was time to go to the map.  Like Rok, I've learned to rely on maps to succeed when fishing new bodies of water.  Map study is probably my biggest help in sorting through the massive amounts of info online and from other kayak anglers.  A lot of what you hear can be straight BS.  Or, the info may not suit your style, only be reliable during certain times of the year, or be second hand rumors.  Outside of a handful of very close friends, I don't pay much attention to dock talk.  So when it comes to scouting for that out of town tournament or fishing trip, go to the map. 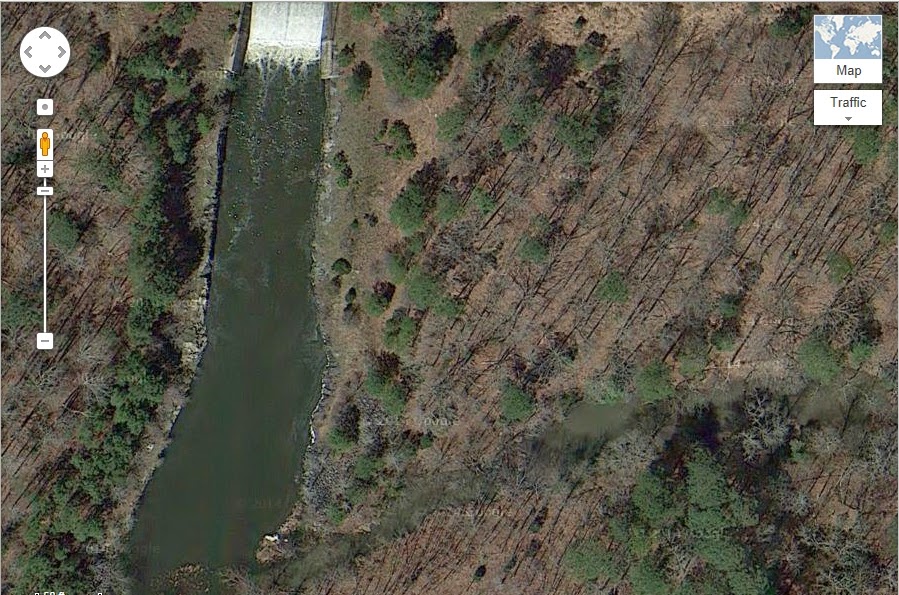 The satellite image from an area I always wanted to fish in North Carolina.  Note the dam discharge, rip rap, eddies, and feeder creek.  Plus access is very tough via kayak.


Nowadays, I feel like the word 'map' evokes one of two thoughts in the fishing community.  The first is Google Earth.  A hybrid of a traditional map and satellite imagery.  Although extremely useful, it isn't always the best option.  The second thought is Navionics.  Navionics has a great app and numerous data cards for fish finders and GPS units.  Again, it is a fantastic tool, but sometimes, you need to go old school.  In my opinion, there is nothing better than an old school, paper lake map.  They can be hard to find for every lake, but their detail and reliability is often unmatched.  Some can be found online or at local tackle shops.  I have also seen them at bigger box stores from time to time.  All too often, they show old ponds, road beds, and backwaters not visible in many modern maps.  But although they are my favorite, in reality, the best practice is to rely on a combination of the 3 types of maps noted above, as well as any others you may find.


The main things I think about when breaking down a map are season, weather, characteristics specific to a fishery, and access.  There are a million articles from B.A.S.S. that talk about bass habits and structure preference throughout the year.  In fact, many of their articles are also specific to a body of water, which can benefit a map study even further.  Bass are fairly predictable in terms of how they move and act seasonally.  Combined with an understanding of weather, you can usually narrow down where bass will be feeding.  Then add in fishery characteristics, by this, I mean is a lake known for having something specific that really impacts fishing.  This might be significant current, a certain type of vegetation, rock bluffs, a warm water discharge, ledges, abundance of crawfish, or numerous other features.  Finally, access is something that is more specific to kayak fishing.  Personally, I want to find areas that are tough for motor boats to get to.  They are even better if far enough from a launch that most kayakers don't want to make the paddle or are difficult to get to for other reasons.

My goal is to locate a dozen or so areas on a paper map.  I then cross-reference them with satellite imagery.  Which have visible cover and structure?  What does the shoreline look like (specifically, is it variable or fairly plain)?  Is it close to other areas that were not obvious on the paper map, yet could be productive?  I then develop a gameplan, which starts by ranking each spot and deciding on a practice plan.  After practice, I hammer out a final plan.  Sometimes, that can be hammering one area all day, something I dislike, or running and gunning to multiple spots.  Ideally, I want 3-4 spots fairly close together that I can rotate through, throughout the day, giving each spot ample time to rest, yet still being able to fish each multiple times. 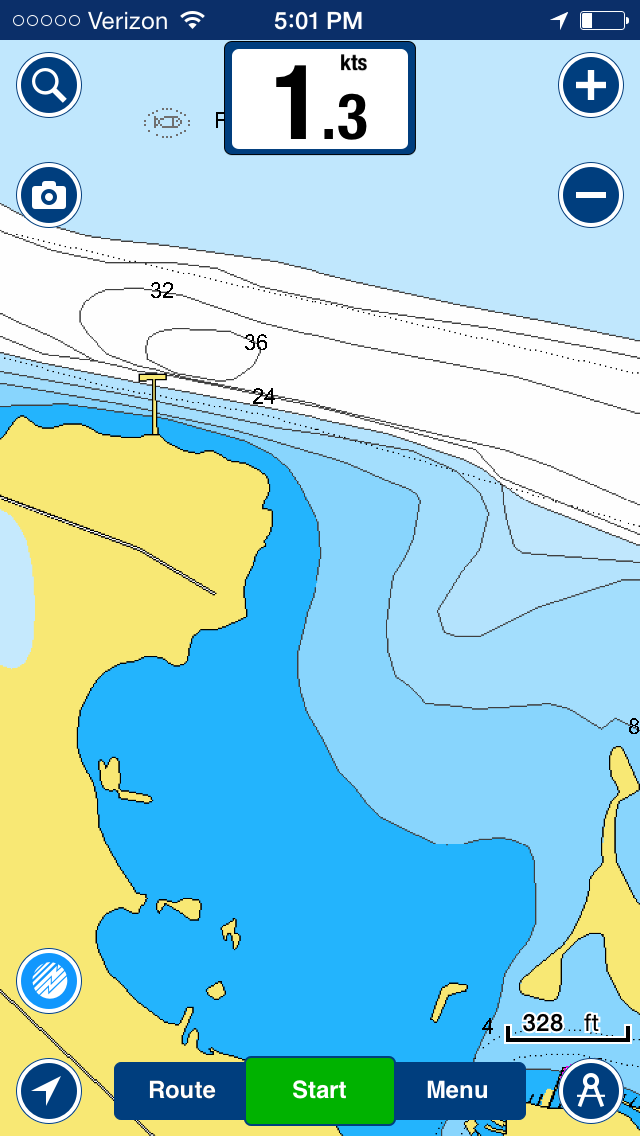 This was a spot on Santee Cooper that I found during the 2013 KBF Open.  Note the deep (for Santee) river channel with a transition area right up onto a staging flat loaded with stumps.  The transition area was mixed rock and some sand. Just to the east were other areas protected from the wind for spwaning.  Had I gone with my gut, I think I could have placed much higher than 12th in that event.  The pic is from my Navionics app for iPhone.

Also, don't think map study is specific to lakes and reservoirs.  Although traditional maps are not available for rivers, Google Earth can be an invaluable tool.  Not only can you see visible cover, such as timber, blowdowns or boulders, but also shoals, bedrock outcrops, and other structure.  Possibly most importantly, you can get an idea of the impact of current in the river, as well as average clarity, major tributaries, and access points.  You can also see major obstacles or large rapids, and knowing they exist in advance can be a key to a fun, successful, and, most importantly, safe day on the water.

So I urge you to become a map nerd.  Learn to read and utilize them.  Use them to come up with a solid game plan.  Then go kick some butt!  Until next time, tight lines!
Posted by Drew Haerer at 3:37 PM