It has been a whirlwind of a month.  Mary May and I have been burning the candle at both ends trying to balance school, graduation, work, packing, guide trips, family, friends and about a million other things.  It has been a blast, but it hasn't left much time for blogging.  Two trips which I should mention, but are not going to be full blogs, occurred a couple weeks ago.  One was 'Froggy Waters Weekend' where the entire FWO crew got together to fish, camp, visit, and gameplan for the new year.  I managed a few bass on upper Tillery and had a lot of fun with the guys.  The fishing highlight of the trip was probably Austin's massive catfish that ended up snapping his rod in three places.  After FWO weekend, I met up with Chris, before he heads to drill and gets deployed, and Bill to fish a stretch of river that had produced in the past.  It produced again and the three of us caught about 75 bass.  Chris's four pounder was the largest and we had plenty more in the 3 lb range.  I suspect that it will be my last ever trip on that body of water and it was a good way to go out. 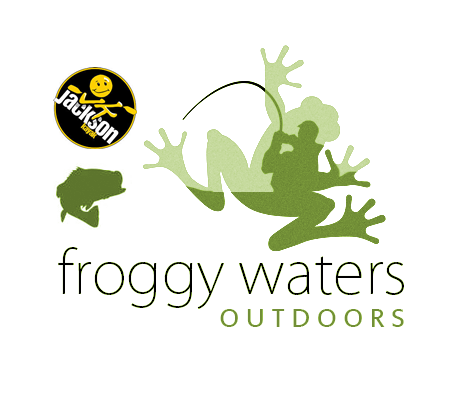 Fast forward to this past Friday.  It was the start of batchelor party weekend.  While planning it, I wasn't sure how many of my groomsman would make it, since they are spread all over the country.  But I planned for 3 days of fishing and BSing.  Most of the crew had to work Friday, but thankfully, my buddy Travis called and told me he would be there early Friday morning and ready to fish.  He was making the trip from central PA and I was beyond excited.  He arrived right on time and grabbed a quick nap while I ran Mary May to the airport.  When I got back, we loaded the truck and hit the road running.  I wanted to take him to one of my favorite flows that I hadn't fished since last summer.  A few sections were totally blown out due to the rains earlier in the week, but one was just barely doable.  We began the paddle up-river and it immediately felt like old times.  Travis had done some kayak fishing before and is no stranger to canoes or wade fishing, but he was impressed by the Malibu sit-on-top as we made our way to the first big eddy.

The water was high and muddy, with about 4"-5" of visibility, but it didn't take long for me to get us on the board with an average size white bass on a crankbait.  A few casts later, Travis caught one as well - a gorgeous 16" white bass.  They both went on the stringer for dinner.  Then he got a hard bite on a Premier League Lures spinnerbait as it swung through a current break.  The fish pulled a little drag then went airborne and spit the hook.  Neither of us were exactly sure how big the fish was, but it looked like a very good size largemouth.  Shortly after, he redeemed himself with an 18" channel catfish, also on the spinnerbait, which would start a theme for him the rest of the afternoon.

We paddled up to the next eddy and began fishing it.  Travis immediately caught a blue cat that measured in the 22" range.  Then he caught another that was a little bigger.  Then another.  The cats would not leave his black spinnerbait alone.  I was fishing a crankbait and landed another nice white bass, but this one had a large wound on him that looked sickly, so I threw him back.  Eventually, I decided to tie on a Rico Popper topwater lure that I have a ton of confidence in.  I don't pop it like a true popper, but instead spit, sputter, and walk it to better mimic a shad.  On my first cast to the eddy, a bird swooped down toward it.  Thankfully the bird turned away at the last second and suddenly I saw a huge back come out of the water and suck in the lure.  I set the hook and it was on.

The fish jumped a couple of times and tried to bulldog me in an attempt to pop the hook.  But thankfully, it didn't.  You could tell she was feeling a little lazy and my guess is she was only a few days away from pulling up on a bed.  I lipped her and let out a celebratory scream.  She was a beast and a true giant for any river, let alone such a small flow.  You always hear the phrase, "it's mouth was so big, my fist could fit in it."  Well I have good sized hands and her mouth fit my fist with plenty of room to spare.  I think a softball would have fit with room to spare.  It was incredible.  We snapped a few photos and let her go. 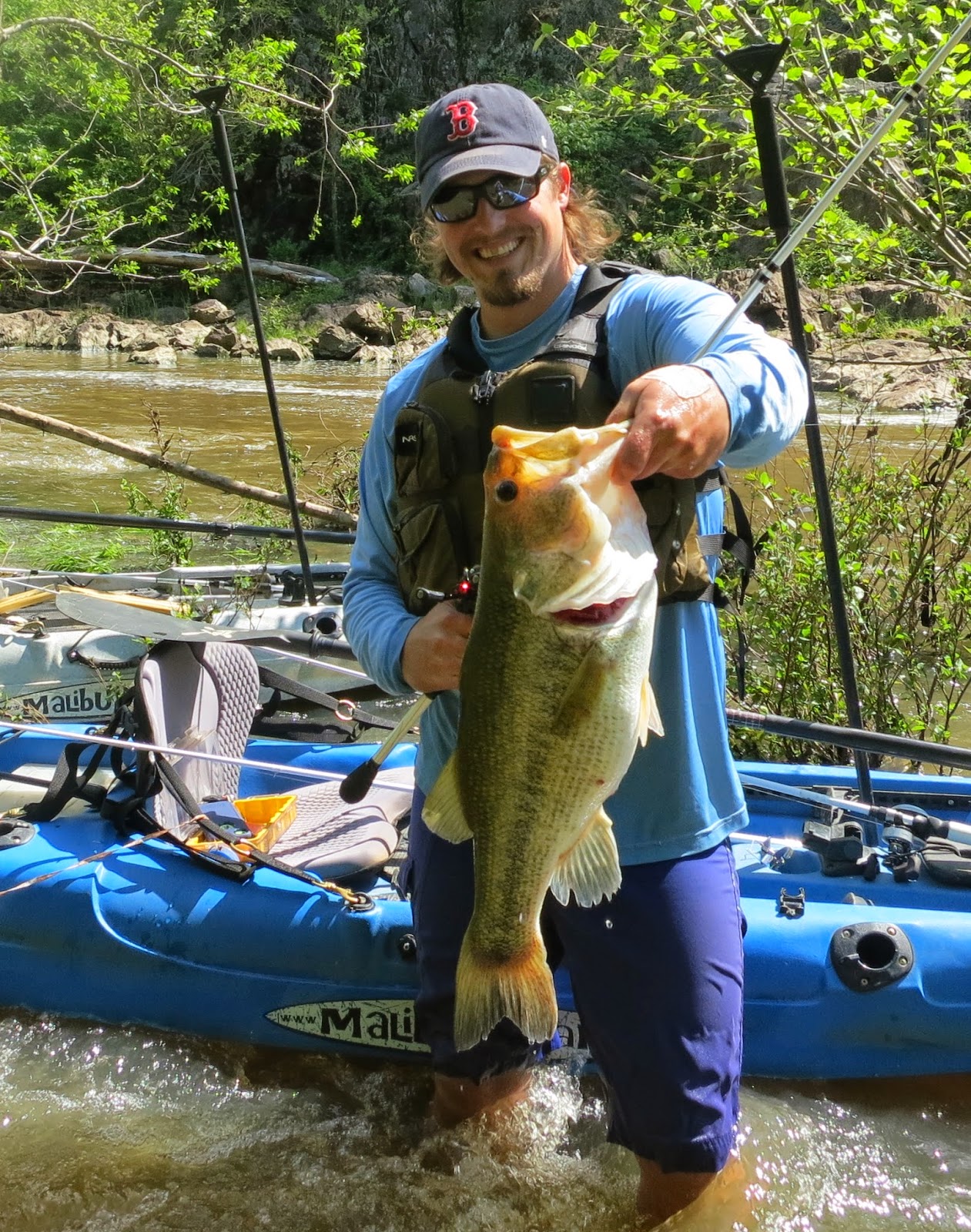 
The rest of the day yielded a number more catfish, a lost gar, and a bass that sucked in my popper, but never got hooked.  It wasn't the way I had envisioned it - with us pulling in bass after bass after bass.  But it was everything I could have hoped for - lots of fun, lots of laughs, lots of catching up, and plenty of tugs on the end of the line.

That night we were joined by a few others back at my house, where we enjoyed wings, beer, corn hole, and campfire until much later than a bunch of 30 (or near 30) year olds could handle.  Somehow, we all rolled out of bed at 7 AM after about 5 hours of sleep and started to load up for day 2 on the water.

Four of us picked apart another small river east of the house.  We caught 30+ bass between us - mainly on cranks and plastics.  The fish were finicky as they are very much in an early spawn lull.  The next few weeks on the river will be a little slow, but after that it will be on fire!  We got off the water in the late afternoon and then spent a couple hours wading a creek down the road from the house.  We landed a few more small largemouths before calling it a day.  We cooked up some steaks, drank a beer (literally one) and fell asleep early.  The next morning Travis was up early to head back to PA and Bill and I decided it was time to explore a new river since it was just the two of us.  That story is coming later this week.

I am so blessed to have so many great friends.  I am still buzzing over the big bass, but even more so over how fun it was to hang out with everyone and enjoy time together off the water.  This wedding is going to be a blast!  Until next time, tight lines!
Posted by Drew Haerer at 3:17 PM 2 comments