Let me start this blog by saying I have absolutely zero connection to Big Big Baits.  They do not sponsor me or give me any sort of discount.  This particular bait simply catches fish.

It all started on a trip to a river out near Greensboro back in mid-summer.  Bill and I had never been to this particular river and we really had no idea what to expect.  The bite was running hot and cold, but we got to a stretch where Bill started whacking them on a small flipping bug.  I tried flipping nearly all of the plastics I had, but they just seemed to be too bulky or simply not match the forage.  7" and 10" worms failed, lizards failed, brush hogs failed, and I was starting to question if I could get anything to work.  That is when Bill tossed me a pack of baits and said, "Try these.  I hate them, but Will always crushes me flipping them."  Will is Will Petty - a super talented angler and Big Bite pro-staffer from the Charlotte area.  He is also an extrememly talented flipper.  I kinda of shrugged it off, thinking it was more about his skill than the bait, but I threaded one onto the hook anyway.  The bait was a pack of 4" Big Bite Baits Fighting Frogs in a bluegill looking color.


On my very first pitch, I got bit.  Then it happened again and again and again.  Not only was I catching quantity, but also quality bass.  Bill was starting to wonder why he ever gave them to me.  I was starting to fall in love.  By the end of the day, we had combined to catch around 150 bass.  But although I had gained a ton of confidence in the bait, I wasn't completely sold. 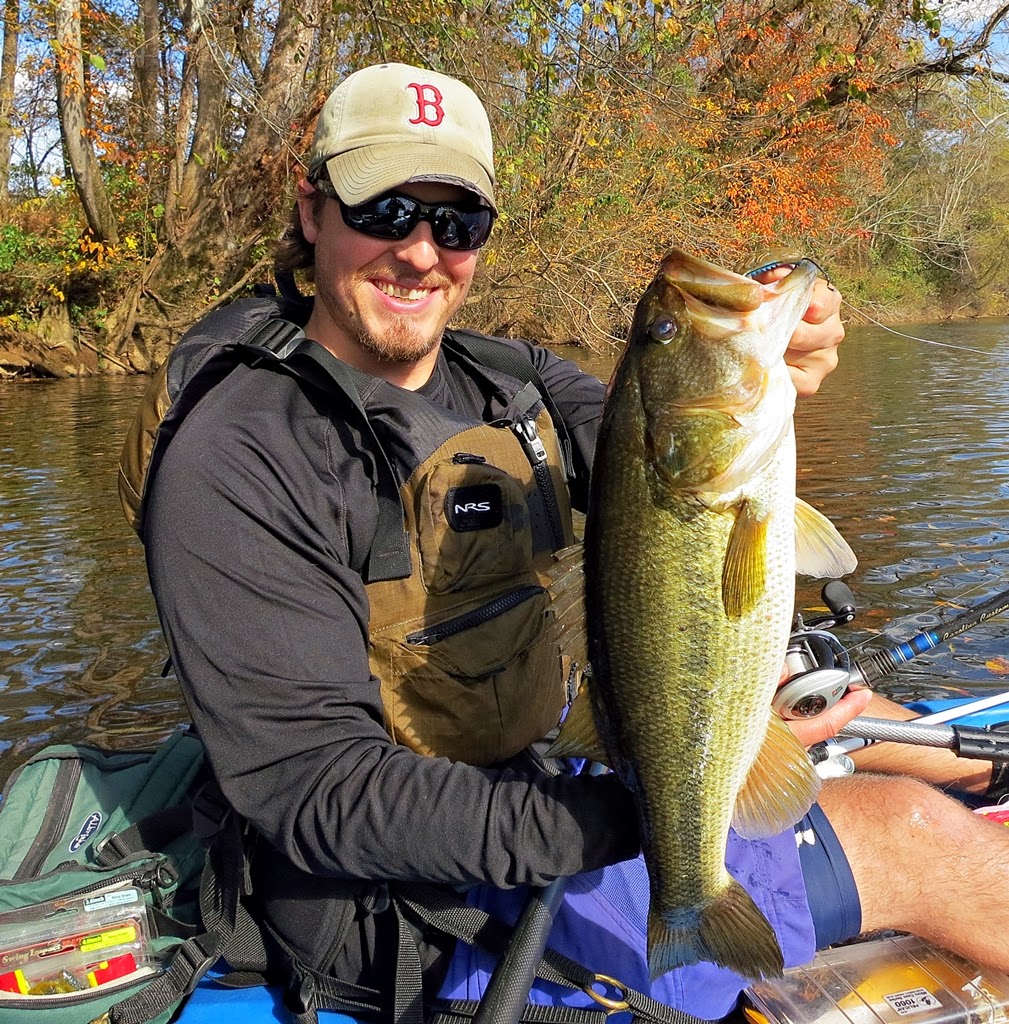 But through the rest of late summer and fall, I took trips on multiple rivers all over central NC and the Fighting Frog crushed them everywhere.  I was fishing behind talented anglers and catching fish.  I was fishing during cold snaps and catching fish.  It simply seemed like the bait could do no wrong.  I ordered a bunch of packs and am eager to start flipping them again this year.

I have no idea why they call it the Fighting Frog.  It looks nothing like a frog and it isn't meant to be fished on top of the water like most frogs.  But I believe it works so well because of the profile.  It mimics a bream perfectly.  The huge flapping arms catch fish both on the fall, hop, and swimming the bait.  And the profile is perfect, since the body is large enough to attract big fish, but not so big that it spooks fish or looks unnatural.

I prefer the 4" version, although I did pick up a few packs of the 3.5" baits to try on smallies this year.  I like to Texas rig them on a Gamakatsu 4/0 EWG worm hook with an unpegged, 1/4 oz weight.  If need be, I may go as low as 1/8 oz or as high as 1/2 oz depending on the reactions the different weights get.  Of course, if you are using it in heavy grass cover, you may need to go with a 1 oz or heavier weight.  For colors, I prefer anything that looks like a sunfish because I think the bites you get are related to sunfish much more than crawfish.  I fish it on 15 lb P-Line fluorocarbon spooled on an Abu Garcia MGX SHS (7.9:1) and with a Carolina Custom Rods Jig and Worm rod.

The Fighting Frog in a Junebug color

Most of the rivers in the Piedmont region of NC are a mix of small rapid sections flanked by long, flat water sections inbetween.  These flat water stretches are typically slow, deeper and have a mix of boulders and wood cover that are perfect for this bait.  Of course, it works on lakes too, fished around wood cover and grass.

Learning to flip from my kayak (both sitting and standing) has been huge for me.  It is such an awesome technique and one that many kayak anglers ignore.  I encourage you to try flipping and pick up a pack of these bad boys to use on the hook.  The results will speak for themself.  Until next time, tight lines!
Posted by Drew Haerer at 1:55 PM