Wow, my blogging has been lacking this winter.  Most of December was spent in the woods, traveling to visit family and friends, wedding planning, or at work.  This month has been much of the same, but I have made a couple winter trips of note that are worth sharing.

The first trip took me out to western NC to meet up with Eric Boyd and fish with his friend Kyle who runs Fontana Guides out of Bryson City.  Originally it was supposed to be a kayak trip, but the water on the Tuckaseegee was too low for that, so we spent the day wading instead.  The Tuck has rainbow, brown, and brook trout present - a mix of stocked and holdover fish.  My day wasn't terribly spectacular in terms of size, but I managed a couple on a crayfish crankbait, one on a jerkbait, and 4 or 5 more on the fly.  I was lucky enough to catch a slam - all three trout species in one day, which is always cool.  But the big take away for Eric and I was when Justin Anderson taught us about Euro-nymphing.  This technique was crazy productive - resulting in the biggest and most fish.  If you are a fly fisherman, I highly recommend you take a look at the technique.  I have been studying up and hope to put it into action when I move north later this spring.  A huge thanks to Eric, Kyle, and Justin for a great day on the water! 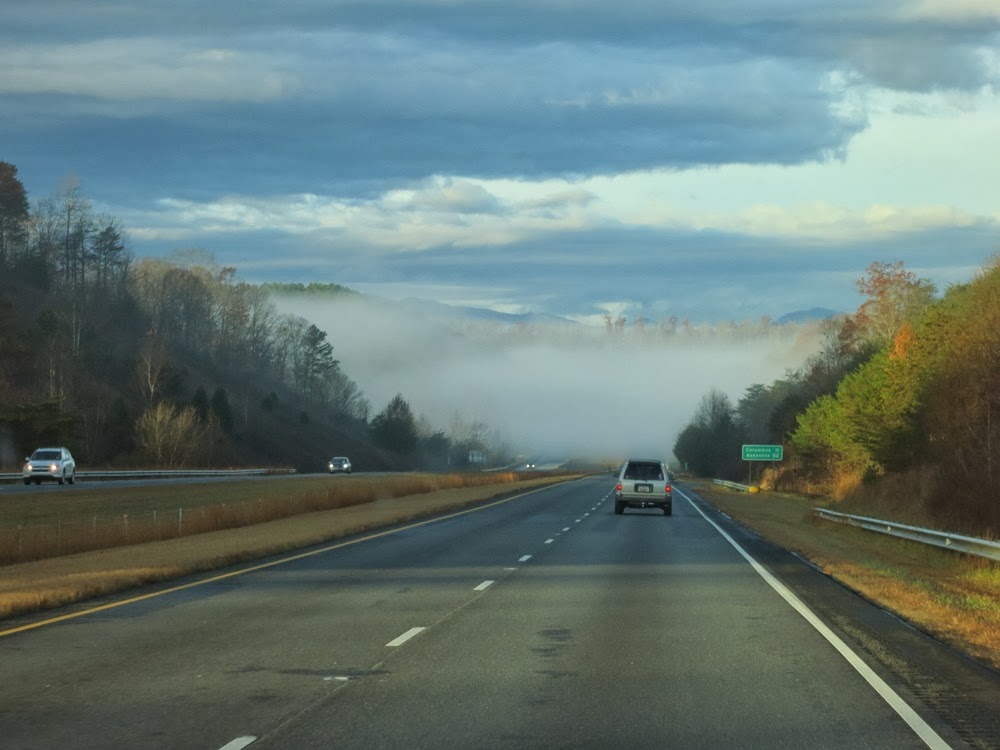 The view into the western NC mountains 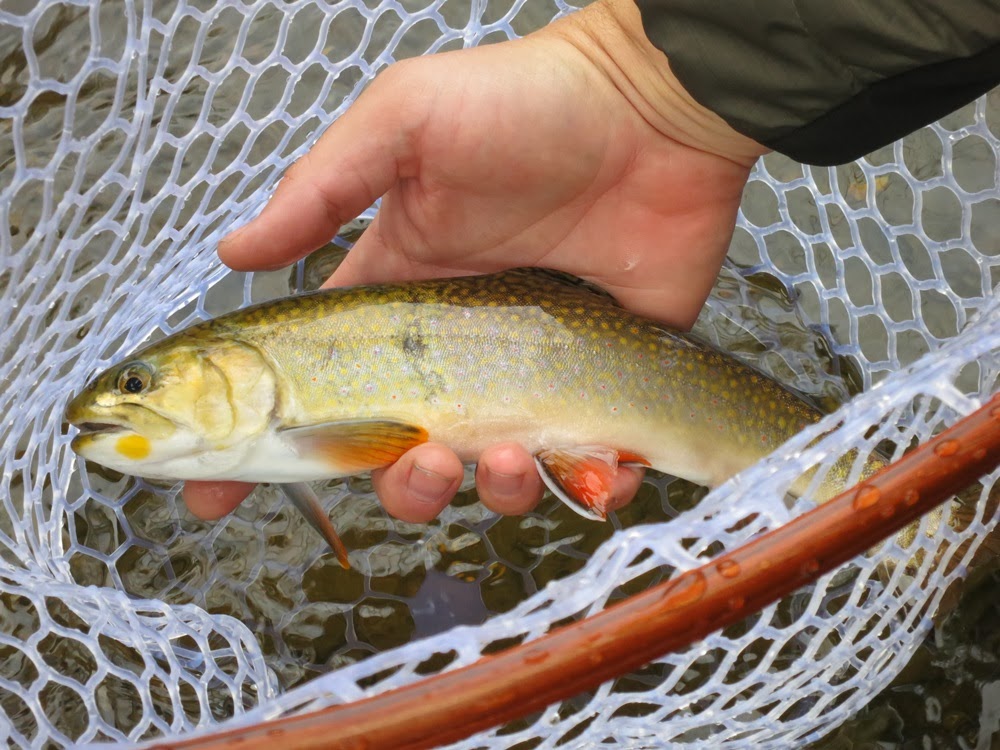 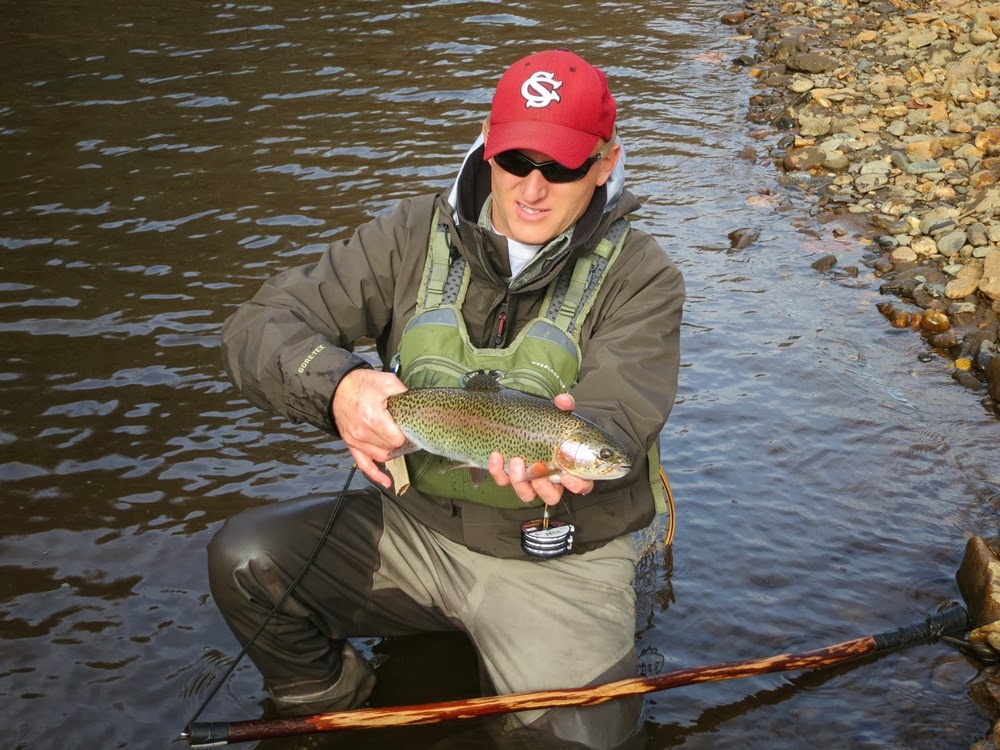 The next day, Eric and I planned on kayak fishing somewhere for bass.  Eventually, we decided on a local lake near his home in Kings Mountain.  Unfortunately, the temperature had dropped to just above freezing with a 20-30 MPH wind pushing the real feel even lower.  So instead of getting beaten up by the wind in our kayaks, we decided to take his boat for a spin.  We launched and motored across the lake to a long, rocky, tapering point.  Within about 15 minutes, I had our first fish of the day - a standard size NC spotted bass.  He ate a shaky head with a Zoom trick worm rigged on it. 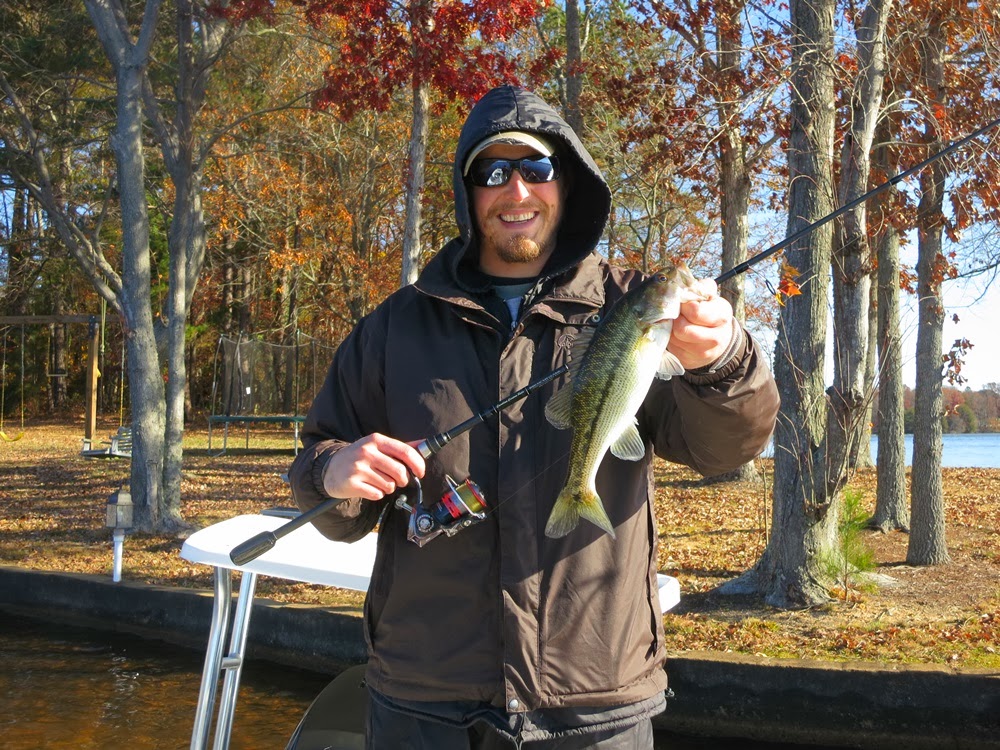 Unfortunately, the trolling motor wasn't working quite right and that really limited where we could effectively fish.  After about an hour and a half of running spots with no luck, we decided to call it a day because we both had things to do in the afternoon.  We hit one last spot before heading home and it paid off.  Eric landed a solid 3+ lb spot on a shad rap that made the day.  It was his first ever fish on his new Carolina Custom Rod. 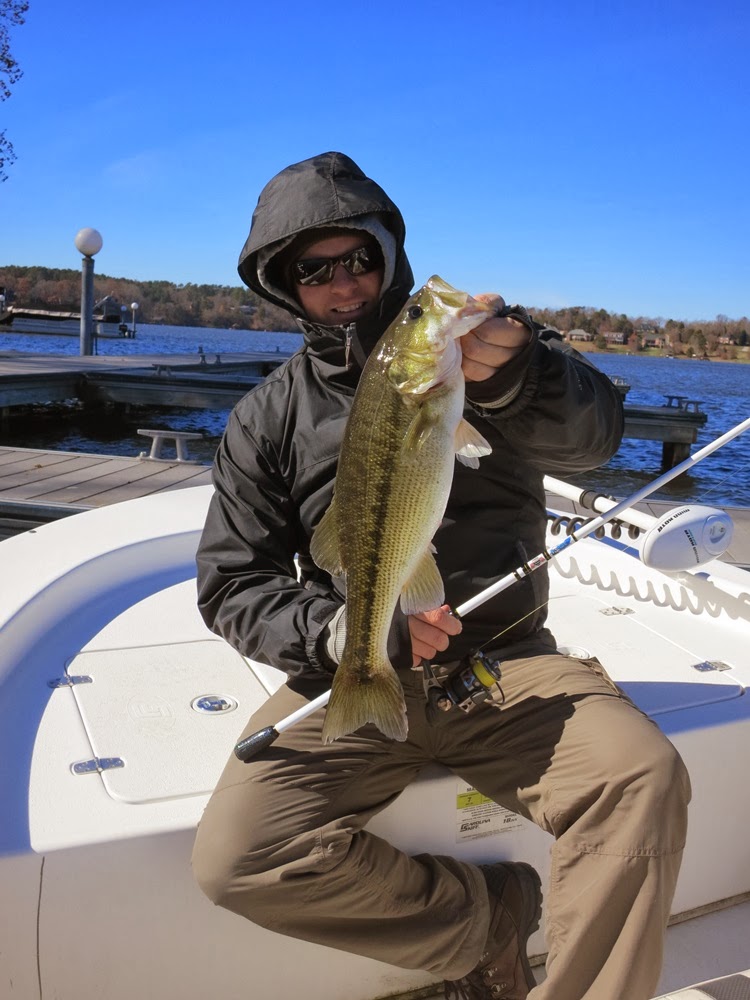 The last trip I made was this past weekend with Mary May, Bill Kohls, and our friend Derek.  Although water temps were extremely cool, the air temp Monday was close to 60 and it was too nice not to hit the water.  We knew we could have hit a lake and caught fish, but the river was calling our name...what's new, right?  So we scouted around until we found a river that wasn't blown out and launched in the late morning.  It was still higher than normal and quite muddy, but it was fishable.  I started fishing a Lucky Craft Pointer 78 SP deep diver in a chartreuse and white color.  Not long into the day, I landed a chunky 17" bass that hit softly, but inhaled the bait.  It was the first time using my new Carolina Custom Rods jerkbait-topwater rod and man did it impress! 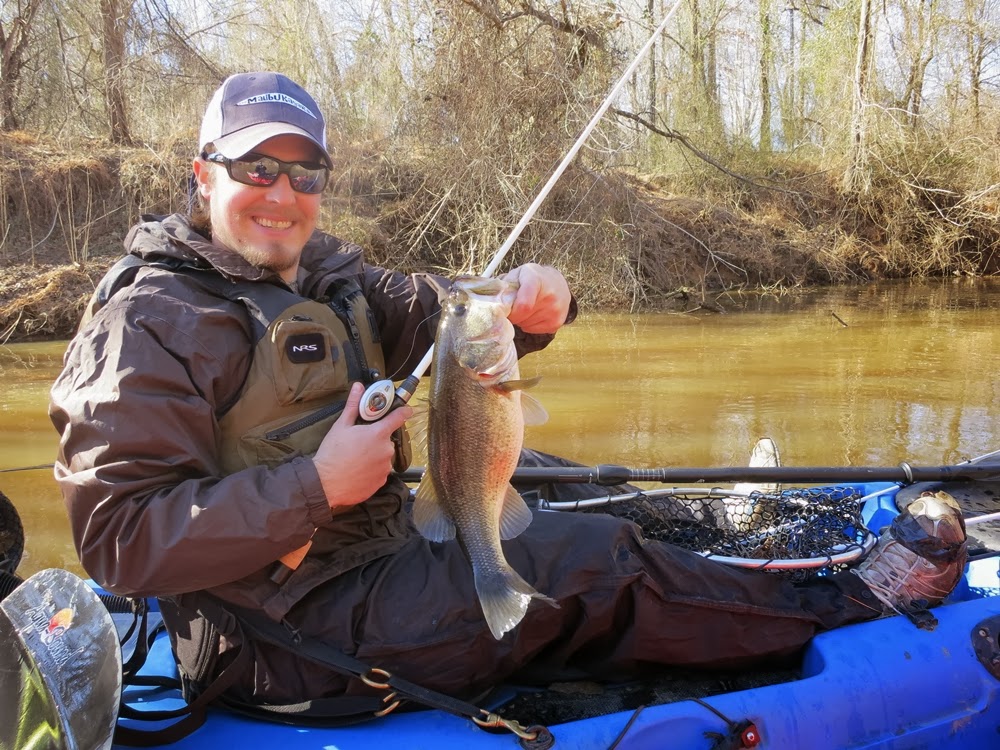 Most of the day was slow as the high, dirty water made it tough to find those deep, wintering, river holes the bass love this time of the year.  However, we did manage about 20-25 catfish between the four of us and I landed a 13" crappie, which came home for dinner with one of the cats.  Those fish were caught in a large pool on minnows.  I lost another bass around 17"-18" in that pool on a jerkbait.  As we floated back down, we had a couple more missed fish before Derek got on the board with a bass of his own - a solid 3+ lber.  It seemed the only bait the bass would eat was a jerkbait and even those bites were very subtle.

Hopefully I can get out on the water a little more regularly in the upcoming months and stop slacking on my blog posts.  I hope everyone is staying warm and having fun outdoors!  Tight lines!
Posted by Drew Haerer at 10:57 AM