Show Off Your Inner Camo

What is it about camouflage?  Outdoorsmen and women are drawn to it like moths to a flame.  Sure, it is practical and logical to wear in the woods while hunting.  But as a self diagnosed lover of camo, even I think we overdo it sometimes.  A quick search on Google resulted in just about anything you can think of coming in camo.  It included weddings, funerals, cars, couches and about a million other things...including a camo rubber ducky.  Part of me is proud and part of me just shakes my head.

I don't think I overdo it.  The vast majority of the camo items I own are only worn in the woods and on the water.  But there is one item that I use to truly embrace my inner outdoorsman no matter where I am - the camo iPhone case.  Is there anything more perfect than taking a small electronic device that holds the entire knowledge bank of mankind and epitomizes the sophisticated technological breakthroughs of our generation and wrapping it in a camo cover.  The answer is no. 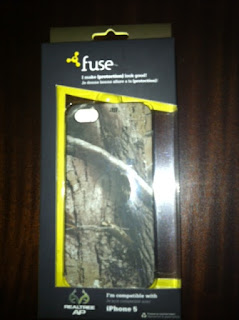 
Nothing brings a bigger gleam to my eye than sitting in a meeting at Duke surrounded by folks with ivy league degrees and more academic awards then you could count and pulling out my camo phone to send them an email.  Or better yet, sitting in a Senate building on Capitol Hill filled with staffers and using my camo phone to catch up on things in-between meetings.  Combined with my dapper dress suit, it always earns me a few funny looks.

But that is what I love and embrace about camo.  It is a badge of pride for those that love the outdoors.  Sure, we are sometimes wrongly stereotyped when we wear it, but that doesn't bother me...and I hope it doesn't bother you either.  So whatever your favorite piece of camo is, go out and flaunt it!

If anyone is interested in picking up a camo case for their phone, check out the cases from Fuse - Plus You.  They have a pretty nice selection for a variety of phones in both men's and women's styles.  And they agreed to give anyone who stopped by to read this on Man Powered Fishing a 10% discount.  All you have to do is use the coupon code - MPF - at checkout.  Tight lines!
Posted by Drew Haerer at 9:30 AM