Each year in North Carolina when mid-March roles around it marks a special time - and not just because spring is in the air. The spring peepers can be heard singing their swamp melodies and the dogwoods bloom along quiet streets and college campuses. When these things happen, it signifies a changing of water and air temperature and unofficially begins the locally infamous white bass runs of central NC. 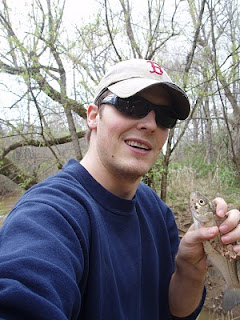 My first ever white bass caught at the Eno in 2009
The white bass run is part reality, part legend, & part lore. There is a lot of guess work involved and some people, including myself to an extent, relish it almost as much as catching the fish themselves. Because when the white bass run, Durham and the surrounding area are abuzz. Everyone is guessing whether the reports they here - by phone, internet forums, or at the local bait shop - are legit or exaggerated. Some try to mislead on purpose so they can have a little more space to themselves on the water, while others vastly mis-judge where the fish are in their spawning journey up-river.

The peepers have been out for a few weeks now and the dogwoods are looking as beautiful as ever. And, according to my records from past years, it should be white bass time at one of my favorite locations - Penny's Bend Nature Preserve on the Eno River. The fish here migrate from Falls Lake to spawn. Usually you can catch them there until early to mid-April, but it varies every year. A good day can be well over 50 fish in a fairly short amount of time. 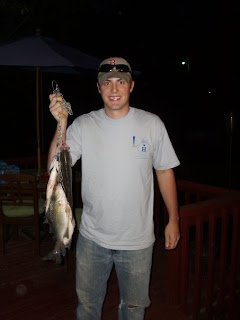 A big stringer of whites I caught during last year's run
Yesterday I scooped up Mary May from school and we headed for the river. We talked to a few fishermen who hadn't had much luck. The word was that the bite was slow and the fish weren't "there yet". So after a little scouting we headed down river to a spot I had fished in the past. Sure enough, on my 2nd cast I had my first white of the season. It was an above average size male - about 11" that hit a silver spinner. I fish spinners predominantly during the white bass run, but the favorite lures of others include beetle spins, grubs, road runner jigs, hair jigs, and small jerkbaits.

It was about 10 minutes later that Mary May had her first fish - a small crappie. We fished our way back up-river encountering fishermen as we walked. Many were fly fishing and having mixed results. However, we were landing fish with some regularity. At a deep bend I hooked into a small white about 7" long. A few minutes later I got a great strike and after a nice fight landed a big male - around 15". The white bass species, like many other fish, typically has much larger females than males. So, it was a real treat to catch a male that big.

We kept fishing and in the next pool and riffle Mary May landed her first white bass - a smaller fish around 6"-7". But, it was her first white bass. A short time later she had a large male follow her bait to the bank, but refuse to strike. That is the great thing about white bass fishing. In the shallow, clear river you can often see the fish come out of nowhere and either follow or engulf your lure. 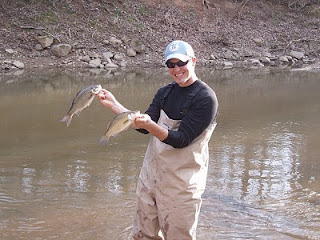 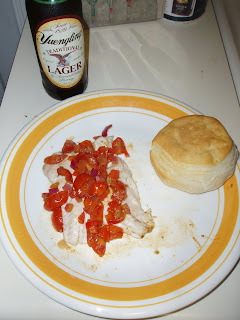