My anticipation had been growing for some time for the RiverBassin Tournament based out of the Bass Pro Shops in Charlotte. I grew up fishing for bass on the rivers of central Pennsylvania and spend a ton of time on the rivers and streams of North Carolina...so I was pumped.

Unforunately, my favorite river was just out of bounds for the tournament and I wrestled all week with exactly where to fish. The day before the event I headed down toward the South Carolina border to check out a stretch of the Pee Dee River. I had never fished here before, but I had faith and it looked like it had potential. My mistake was getting out of Durham late, which put me on the water around 11:30 AM in 98 degree heat. To make matters worse, the dam above this stretch was running no water and the river had dropped a few feet over the 24 hours prior. Needless to say, the bite was slow, but I managed a handful of largemouths with my best three going 19", 16", and 12" for a respective total of 47". However, that was not the number I was hoping for. 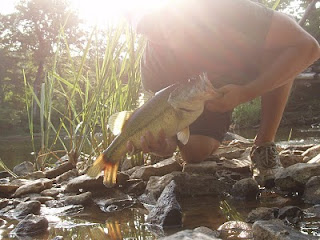 I headed to BPS-Charlotte as confused as ever. Would the fishing be really good in the morning if the dam was releasing water? Would I be able to get a few decent fish during the morning bite? Should I stay close to home and stick to my guns?

In the end, I decided to fish with my good friends Bob and Joey as well as Bob's dad Parker. The river was one I know well, but I had never fished this particular stretch and going in blind would come back to cost me. After the captain's meeting, a long drive home, an hour of prepping gear, and 3 hours of sleep I was on the road again headed for the river. 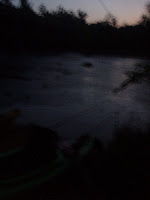 We launched at first light, which I guess is debatable depending on who you are. For me, if you can see the sun coming up, identify the color of your boat from 15 feet away, and make your way safely down river....then it is safe light.

My day started slow and for quite some time it only got worse. In the first hour, my only bites were 8"-10" largemouths, none of which I could bring to the boat. Although I knew they would do me no good at the end of the day, it was still frustrating. Finally, I hooked into a good fish on a 10" Berkley Power Worm. I boated him and got him on the ruler - 16" and finally things were looking up....until the fish flopped off the measuring board and back into the water before I could get a picture. Two minutes later I landed a bass and got a picture. 12" was nothing special, but it was 12" more than I had all day. I was just starting to feel good...then three casts later I had what felt like a good fish run me into some heavy, heavy cover and come off. The bad luck continued!

At this point, I realized having never fished that stretch before was catching up to me. Long stretches of shallow, swift water were clearly void of larger fish and it made me regret not focusing more on some areas I had quickly fished through earlier. I paddled to the other bank and after navigating some rapids found a creek that came into the river. On my first cast a fish blasted a 7.5" Culprit Original Worm on the fall and made a run for it. I knew it was big and a couple minutes later I had boated a 20" fish that was right around 5 lbs. 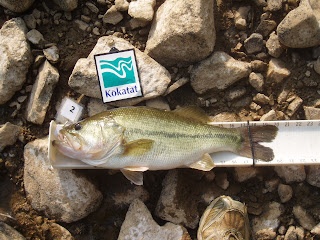 I took a deep breath, and knew a couple more like that would put me in good shape. But, the big ones never came. I continued on, catching numerous fish in the 12" range on plastic worms. And, my bad luck continued, as I lost 4 fish that were all 15" or bigger. Before I knew it, we were at the end of the stretch and I was having second thoughts about numerous aspects of my day as I sat with 44". I decided at that point it was all or nothing, so I tied on a 5.5" swimbait and my favorite Strike King jig with a Paca chunk trailer. Over the last hour I was able to upgrade with a 12.75" and 15" fish. 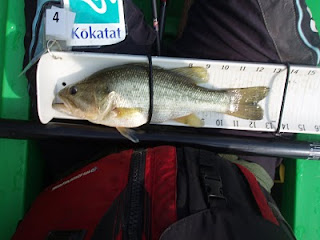 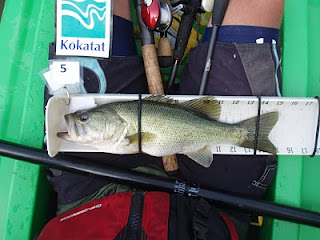 I was frustrated with my showing, but at least it was respectable given the brutal heat. In the end, 47.75" was good enough for 6th place in the Avid Angler division, which consisted of talented anglers from all over the southeast. My good friend Bob won with a total of 55.75" (special congrats to him) and second place was 52"...a total I would have surpassed had I caught a few breaks during the day. 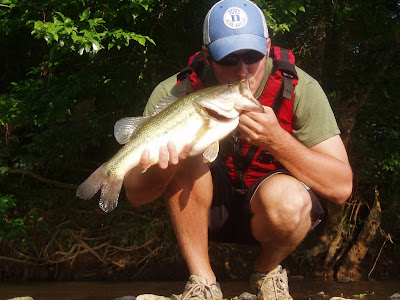 Thanks to Drew Gregory, BPS, The River Bassin Tourney Trail Crew, RiverBassin.com, Bob, Joey, Parker, and everyone else who made it a great event! 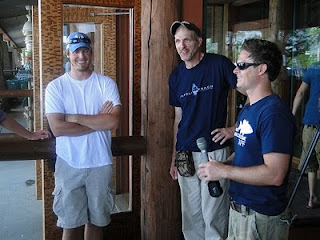